Felicity is a Herreshoff Fish Class sloop, built by the Herreshoff Manufacturing Company in Bristol, Rhode Island, probably one of the seven boats (or nine?) delivered to Warwick Neck Country Club in 1926 (there is no plaque). There was a boat called Felix (number 972), seems as likely a possibility as any that she was re-named from masculine to feminine.  The boats built in the teens (and named for various fish) were gaff-rigged, and lacked the molded sheer strakes, so she’s not likely to be one of those. 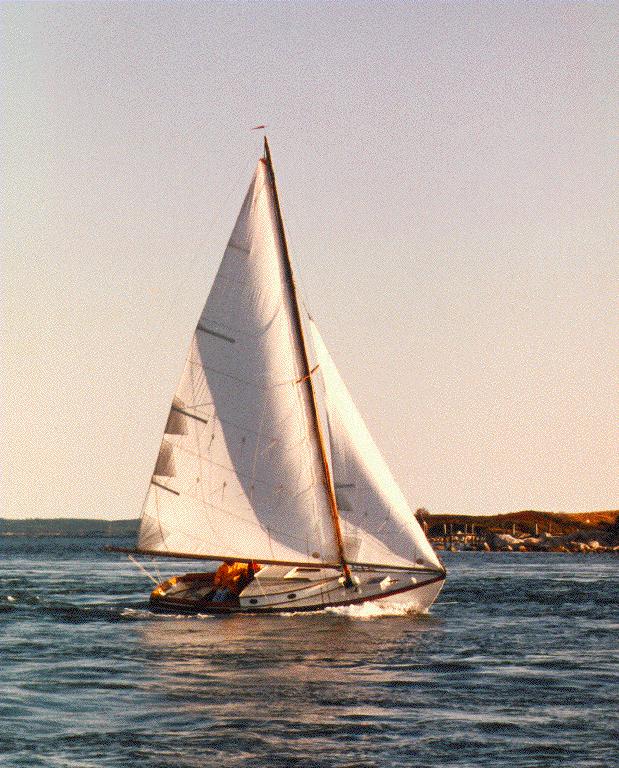 Felicity in about 1984, in Woods Hole passage, playing an evening sou’wester against a flooding east tide. Photo by Victor Troll.

The Fish is just under 21 feet long overall, 16 feet on the waterline, displacement about 3300 lbs and draft 3′ 1″.   The design is based on the same half model as the Herreshoff 12 1/2 footer, just larger and stretched slightly to keep the proportions reasonable.  I bought Felicity in Woods Hole (on Cape Cod, in Massachusetts) in the winter of 1980. I have done lots of work to her, much of it on my own, but my friend Bill Rogers did the big job, replacing her sheer strakes and deck (hence the two different looking cabins — the new one is finished bright and without portlights).  Charlie York helped me do some pretty major refurb of the lower structure in the winter of 2013. 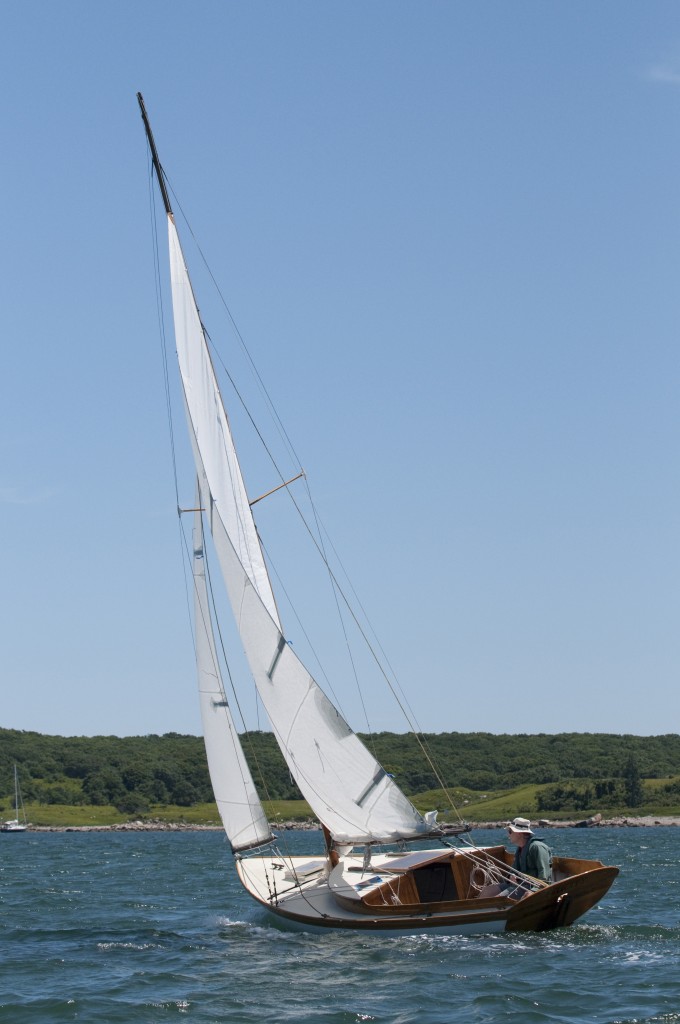 Felicity in Buzzards Bay in 2009. Photo by Dick Taylor.

The Fish originally had a shorter, lower cabin and a larger cockpit, making her pretty strictly a daysailer. Like Felicity a number of the boats have had the cabins enlarged for overnighting, and Herreshoff built a few later boats (called Marlins) with larger cabins, and even (shudder) inboard engines.

The Herreshoff Marine Museum is a great resource for anyone interested in these boats.  The Herreshoff Registry has great information online.

The MIT Museum and Mystic Seaport have lots of information, too.

Comments or questions welcome — send email to me at jim @ whmsi.com. 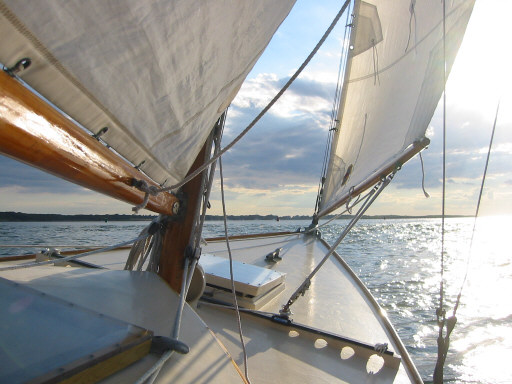